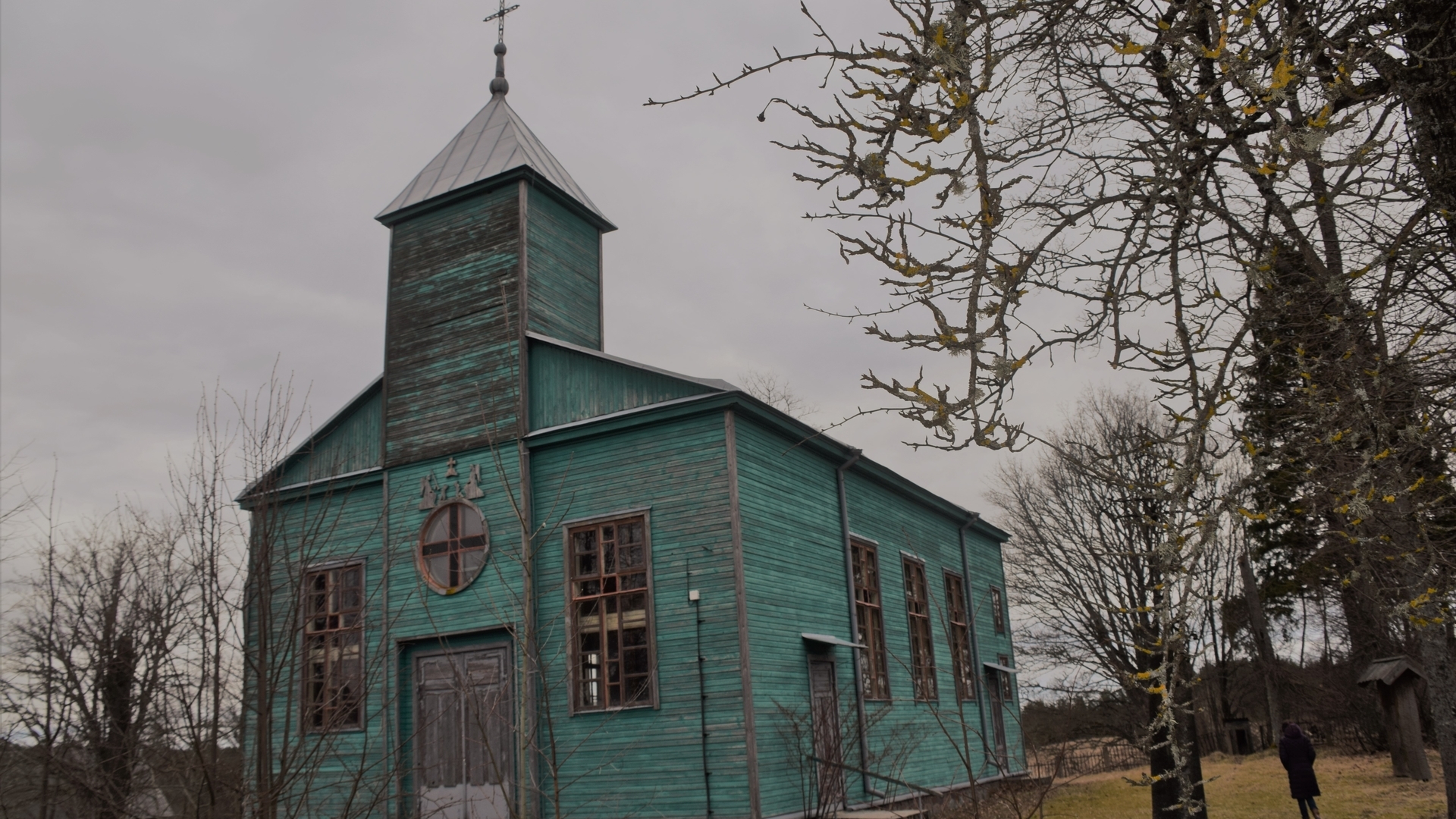 Extremely religious 82-year-old farmer from the village, Justinas Vitkaukas, donated 39 ha of land for the future chapel in 1925. The chapel was built in 1926. The church itself is reminiscent of folk architecture, as it is a rectangular, single-towered and modern style building. The interior of the church was designed in 1935. The main altar is in art deco style, which is uncommon in Lithuania, with the Heart of Jesus sculpture by a Lithuanian sculptor Bernardas Bučas. The present day church, which was also called a chapel until World War II, was built in 1933–1934. In 2000, a wooden carving made by Dr. Romualdas Šimkūnas for remembering the partisans who died in war was unveiled in the churchyard.