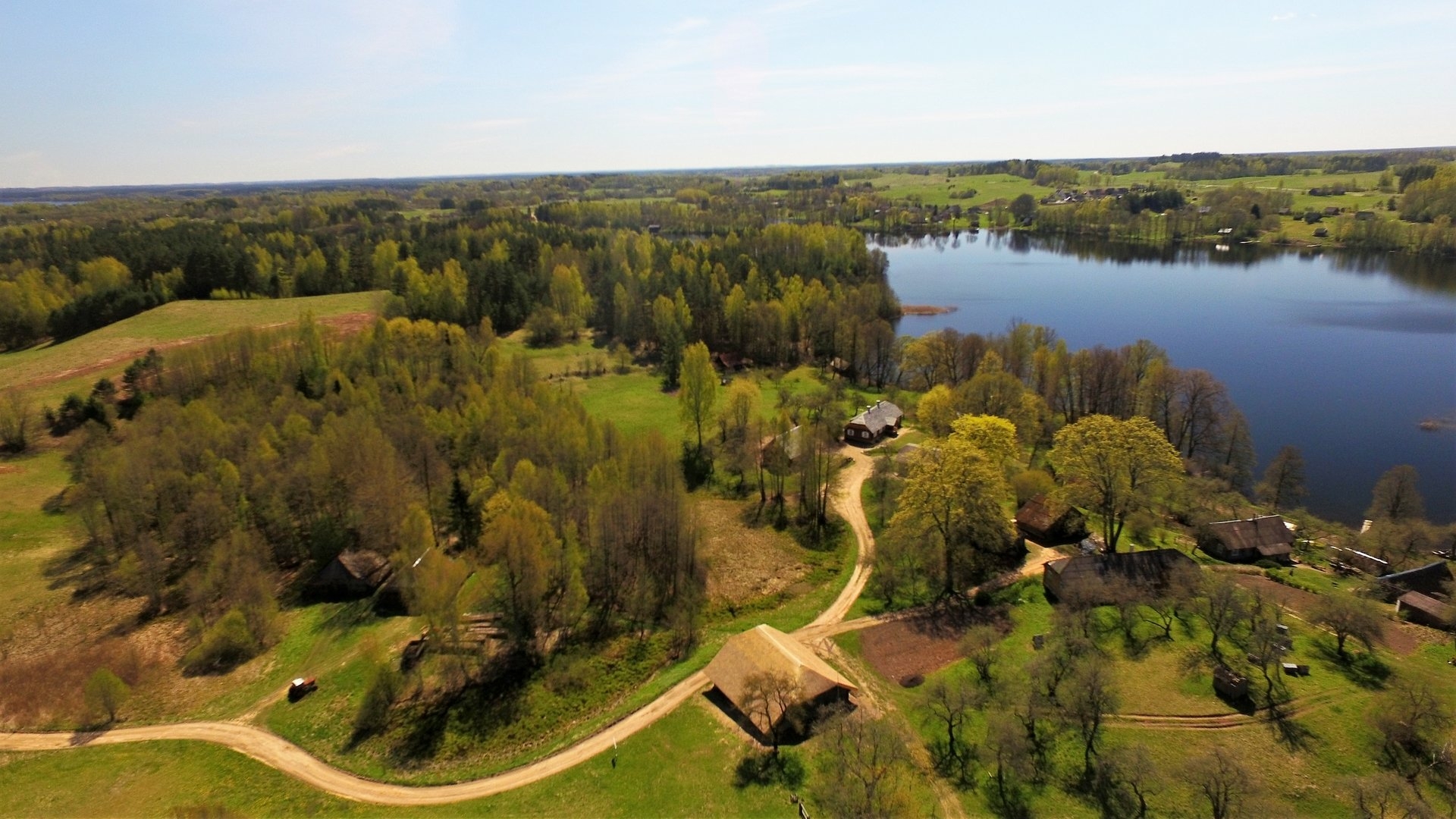 There are two villages called Salos. Both of them are located in a somewhat peninsula between Asalnykštis, Linkmenas, Alksnas and Alksnaitis lakes. The only way to reach this peninsula is from Antalksnė. According to written sources, a large family (the Kudabos) used to live by the border of Salos II. And even now people with the same last name live here. The village is known for its unique architecture and layout, as well as the established Salos cultural reserve. Unfortunately, only a barn and a cottage has remained since the 19th century; the other buildings were built in the 20th century. You can reach Salos II on foot from Ladakalnis, by crossing a footbridge over the channel connecting the lakes.