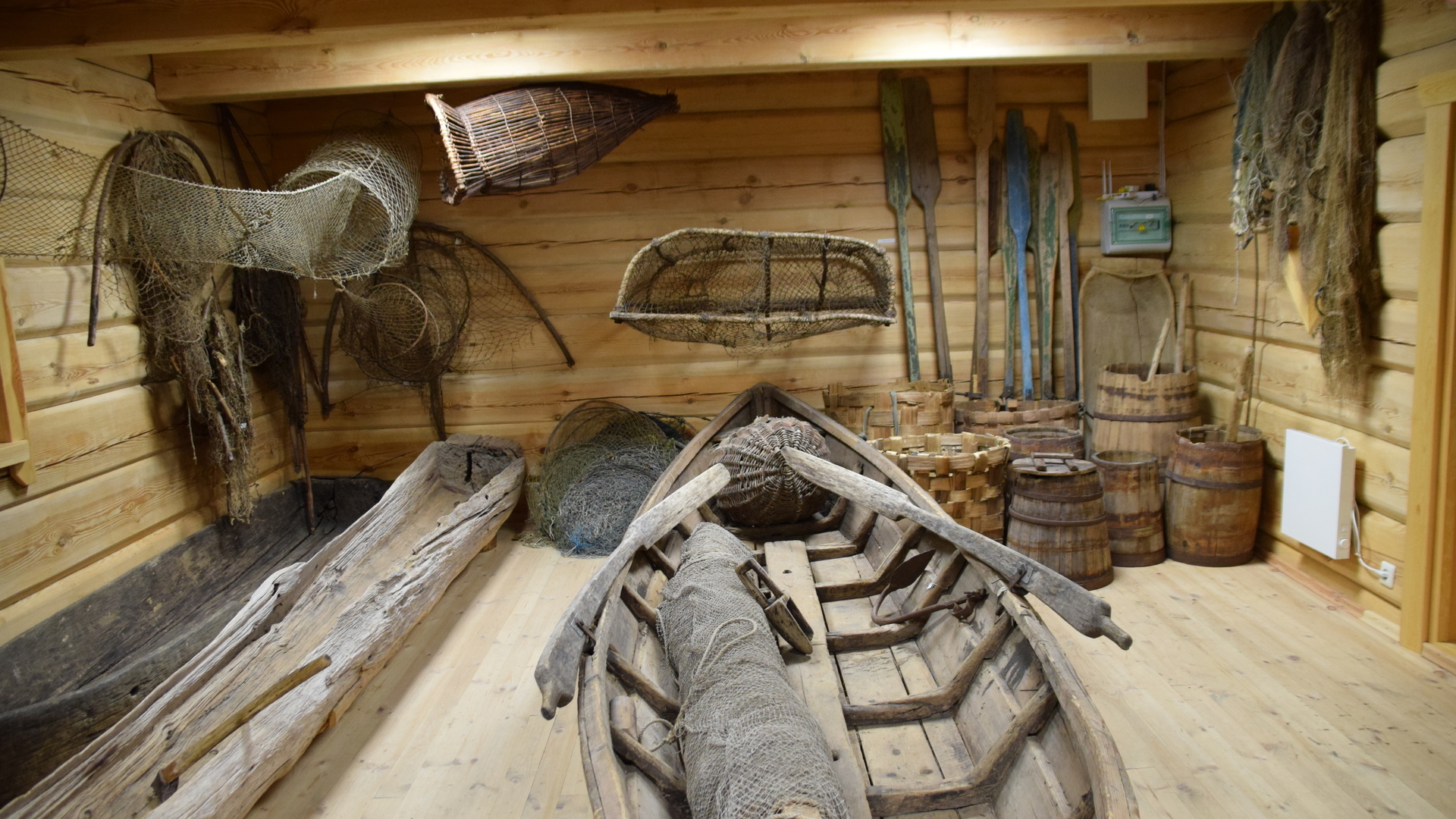 The exposition of the Lake Fishing Museum is located in two renovated buildings. In the museum you can see various fishing gear, that was used by the people of Eastern Lithuania in the 19th century. Also, you can find out about the archaic fishing and find out how this business has changed. The authentic 19th century fisherman's hut, fish smokehouse and a barn are presented. The oldest exhibit of the museum is a spectacular 4-meter long boat from the 15th century, pulled out from the Lake of Peršokšnai.

An exhibition of hunting and nature by Antanas Truskauskas is located right next door. Here you will see the trophies of A. Truskauskas, who hunted on four continents, acquiring a vast collection, including a reindeer shot in Canada, a lion in Tanzania, a deer gazelle in Argentina, a silver goat, and a bear hunted in Siberia. Antanas Truskauskas was the first Lithuanian to hunt an African elephant in 2002.