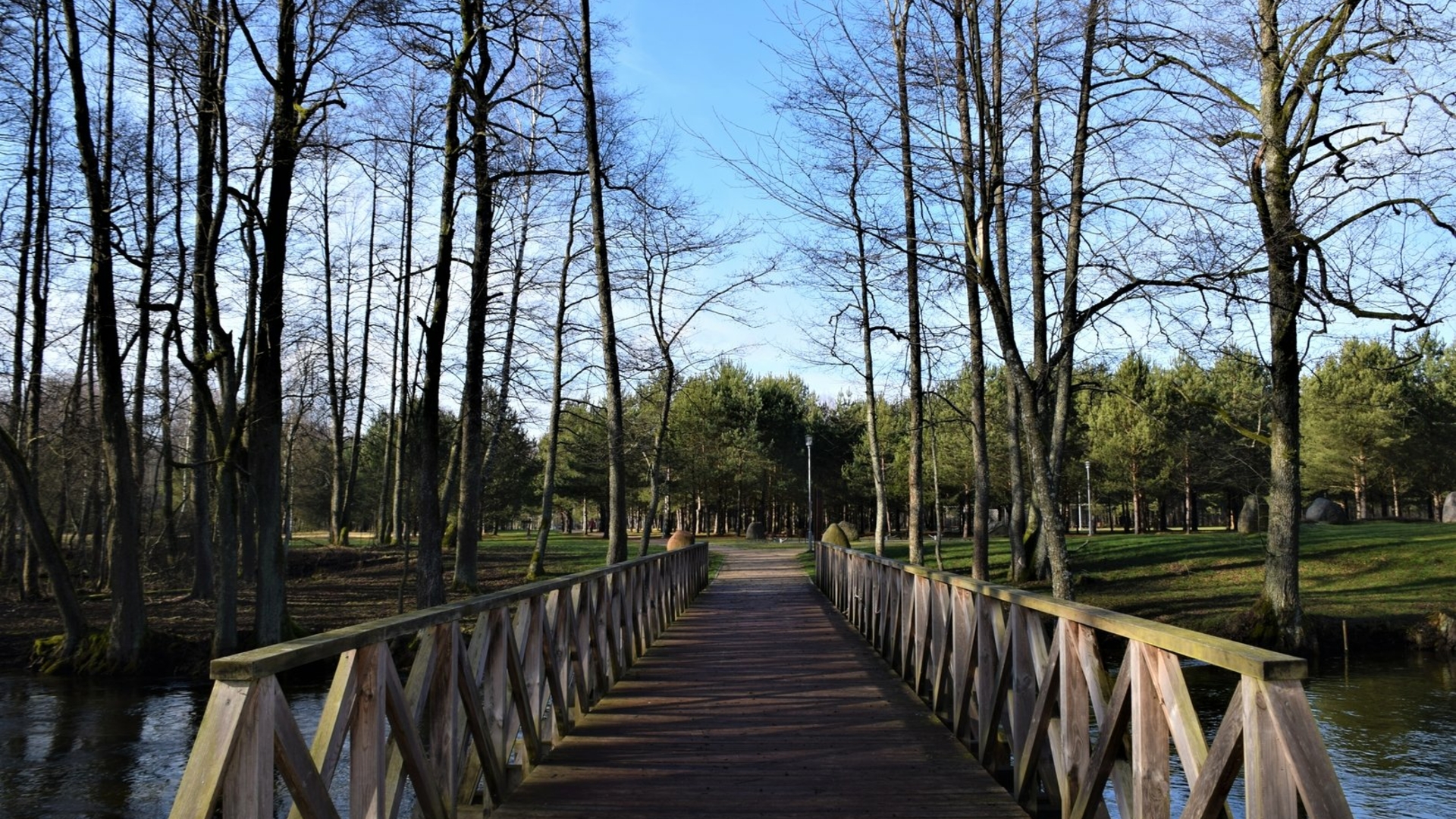 In the southern part of the park, at the crossroads to Utena, Švenčionys and Molėtai, there is the largest settlement in the territory of Aukštaitija National Park - Kaltanėnai. It was first mentioned in the middle of the 15th century. Kaltanėnai prides itself on the historic part of the town, its own town plan, and the red masonry church. The Kaltanėnai manor is also an integral part of town's history. The old manor (the second half of the 17th century - the beginning of the 18th century) was located on the right bank of Žeimena River. It was destroyed during the Great Northern War. Later it was moved to the left bank of the Žeimena River. Unfortunately, only a two-storey manorial barn has remained - the building is of the first half of the 19th century, with folk architecture and classicism style features. Some fragments of the manor park are also preserved: you can see the old linden alley, some of the old trees. A newer part of the park was arranged for the needs of the town community. The park is decorated with wooden sculptures.

Žeimena is one of the cleanest rivers in Lithuania, and it is impossible to not admire it when you are visiting Kaltanėnai. The river, which starts from the longest lake of the park Žeimenys, adds a twist to this bright town.

The brick church was built in 1903-1909 on the basis of a project drafted by architect Anton Filipovich-Dubovnik. The Neo-Gothic church has a rectangular, monotone plan. Two wooden monuments of the 18th century (the middle altars of St. Anthony's Padua and St. Francis) are likely to be transferred from the old church to the present one. After the Second World War Norbertas Skurkis (1904-1972), a professor of theology, was ordained as a priest in Kaltanėnai, and he is buried in the churchyard.