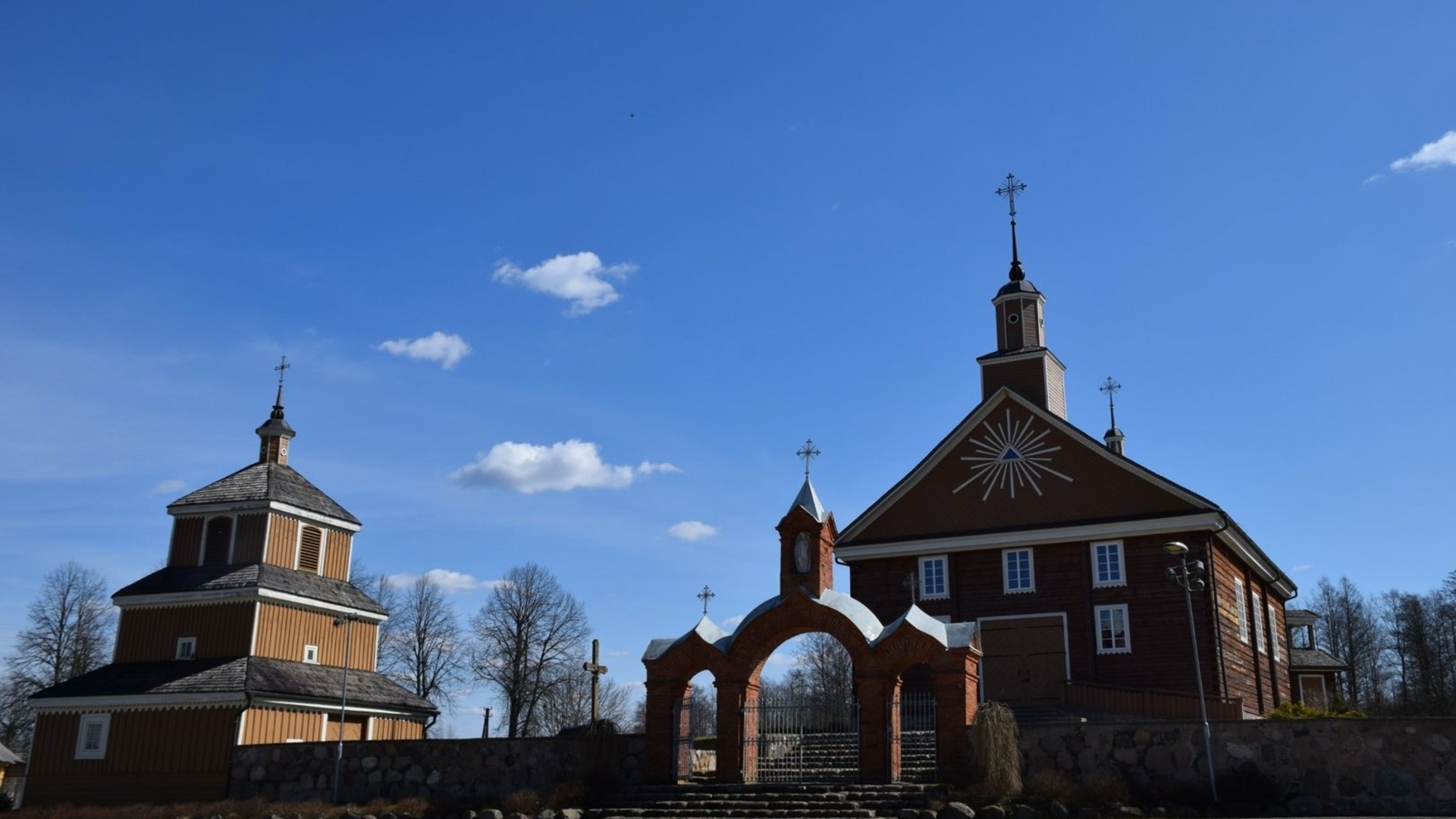 Almost 500 years ago, in 1522, Labanoras Church was mentioned for the first time. In 1675, the bishop's protocol mentioned the already old, collapsing church of Labanoras, and referenced its miraculous painting of Mary on the wall. In 1798, the first church of Labanoras burned down. Through 1818–1820, it was rebuilt at the expense of the parishioners. It is believed that the bell tower was also built in the 19th century. In the summer of 2009, the church was restored, but in December of the same year it burned down completely, leaving only the belfry behind. It was fully restored in September 10, 2011.

In 2013, a parish museum was set up in the bell tower. Many of the exhibits are not only reminiscent of a church destroyed by fire, but also radiate spiritual energy. After the fire, people would sift through the ashes with their hands, hoping to find even a tiny particle, and carried it to the pastor. Most of these finds are displayed in the museum. It currently houses sacred utensils, candlesticks, bells, tools, a 200-year-old nail, shards of glass, clay, details of sacred paintings, and ceremonial priest attire.