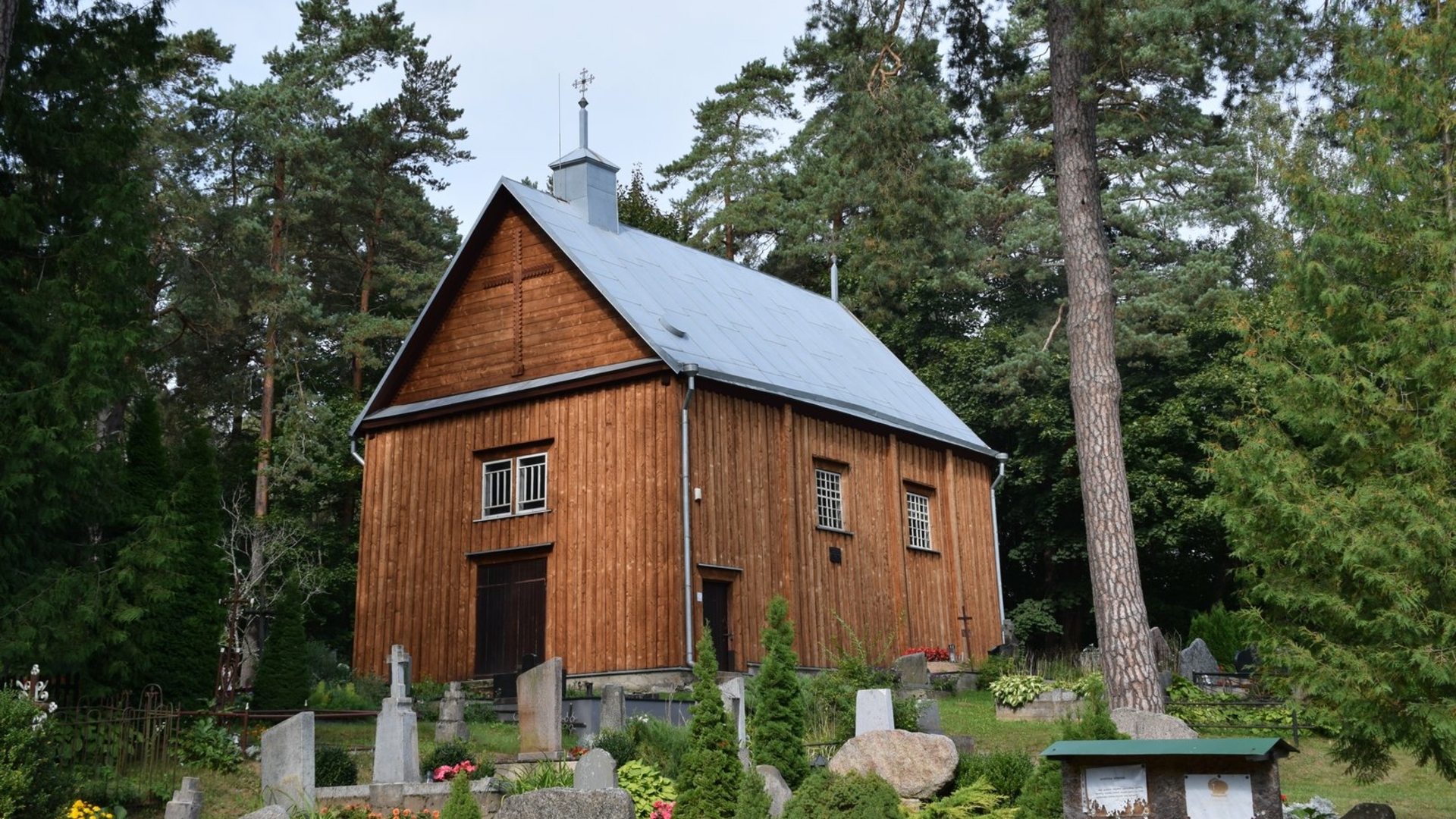 Rudesa Chapel of St. John the Baptist and Bell Tower

A wooden chapel, made of axed logs, supported by posts and covered with planks, was built in the second half of the 18th century, using the funds of an Inturkė parish priest. The chapel was severely damaged during the war in 1812. In 1820, it was renovated and new altars were built. The Rudesa chapel was abandoned for quite a long time, as the soviet government prohibited its restoration, but it was renovated through the effort of the Inturkė parish priest. In 1989, it was returned to the congregation.

The bell tower is square shaped, narrowing upwards, of a folk architectural style. It was built in the first half of the 19th century. It is unserviceable today.