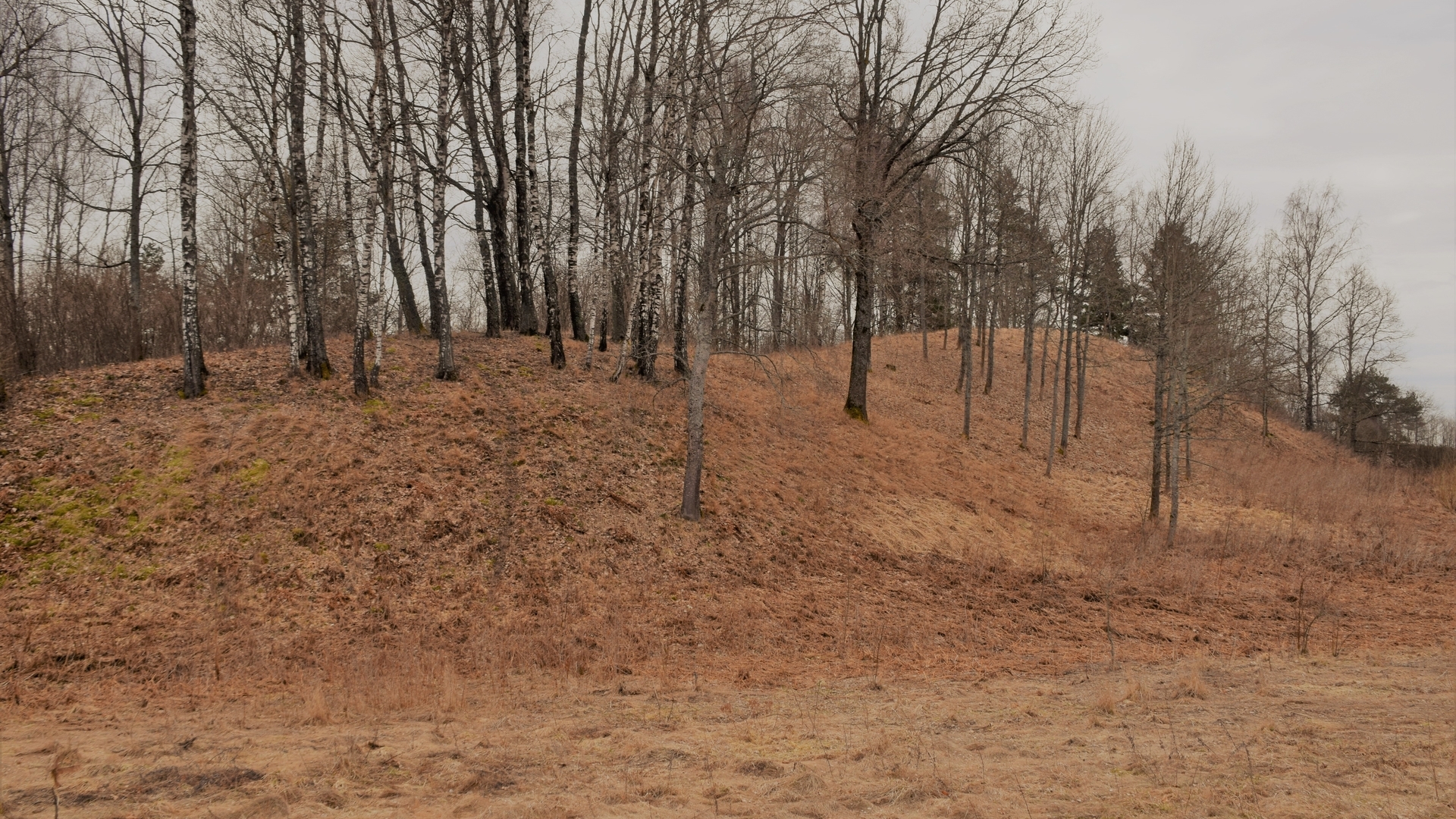 The Tauragnai mound is located on the southern shore of lake Tauragnas. On its eastern side flows the stream of Šventė. The mound is separated from neighbouring meadows by swampy hollows and steep slopes. The mound was used in the beginning of the 2nd millennium AD. Sources say, that up until the middle of the 20th century, Midsummer’s Days (also know as Joninės, St. John’s Day) were celebrated on the Tauragnai mound. The festivities included bonfires, people dancing around the fire, playing games and searching for the fern flower.