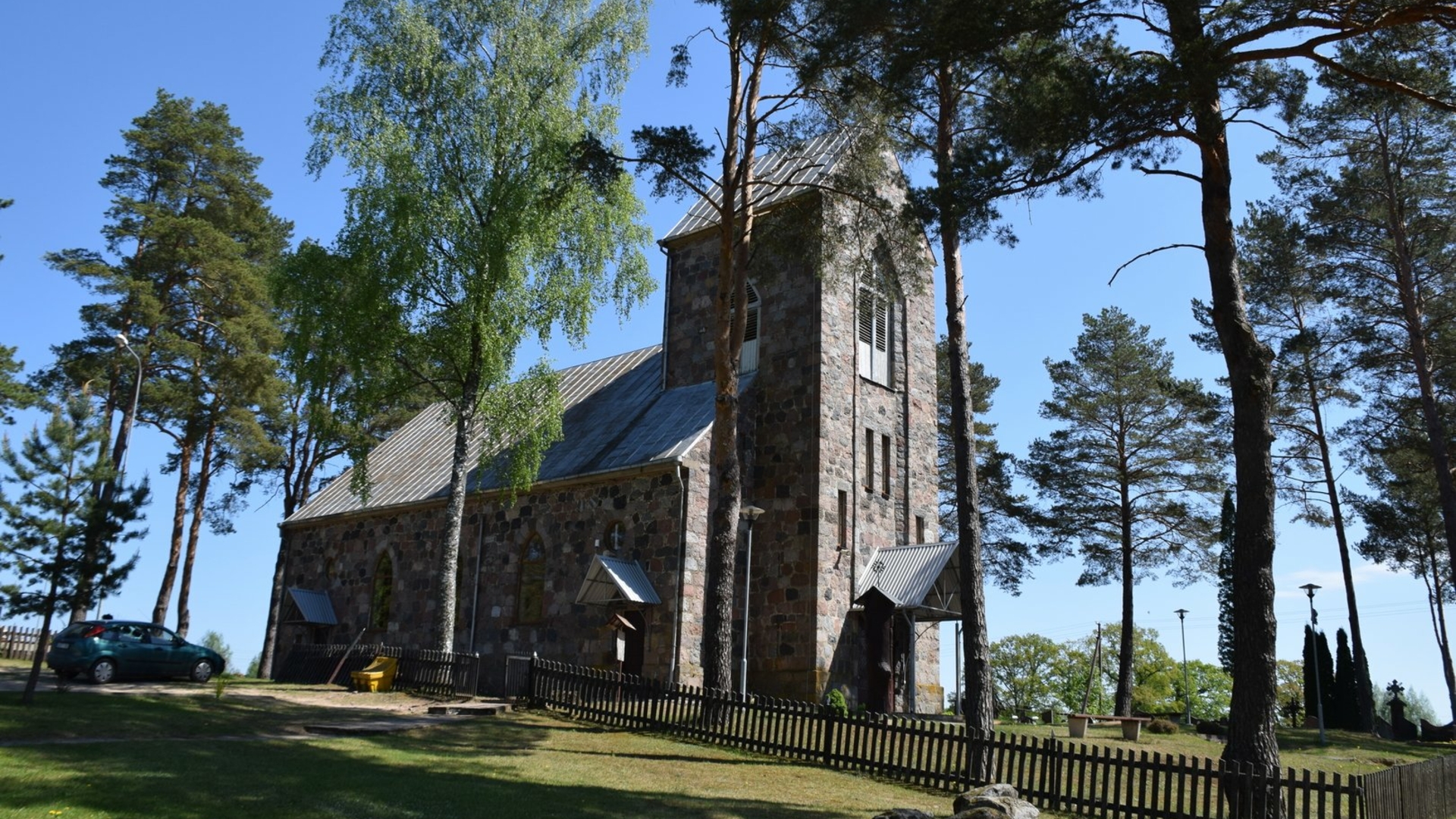 Stirniai Church of the Martyrdom of St. John the Baptist

In 1726 there were already two chapels in Stirniai: the first one was the Jesuit chapel of St. John. The chapel, which underwent reconstruction, stood here until the 20th century. In 1922, when the parish was established, services were held in the chapel. In 1931, a temporary wooden church was built in another place nearby. The present day stone church was built in 1937–1940. The parish priest was martyred and shot to death on June 29th, 1941 on the Shore of Stirniai Lake by the retreating Red Army, shortly after the stone church had been finished.