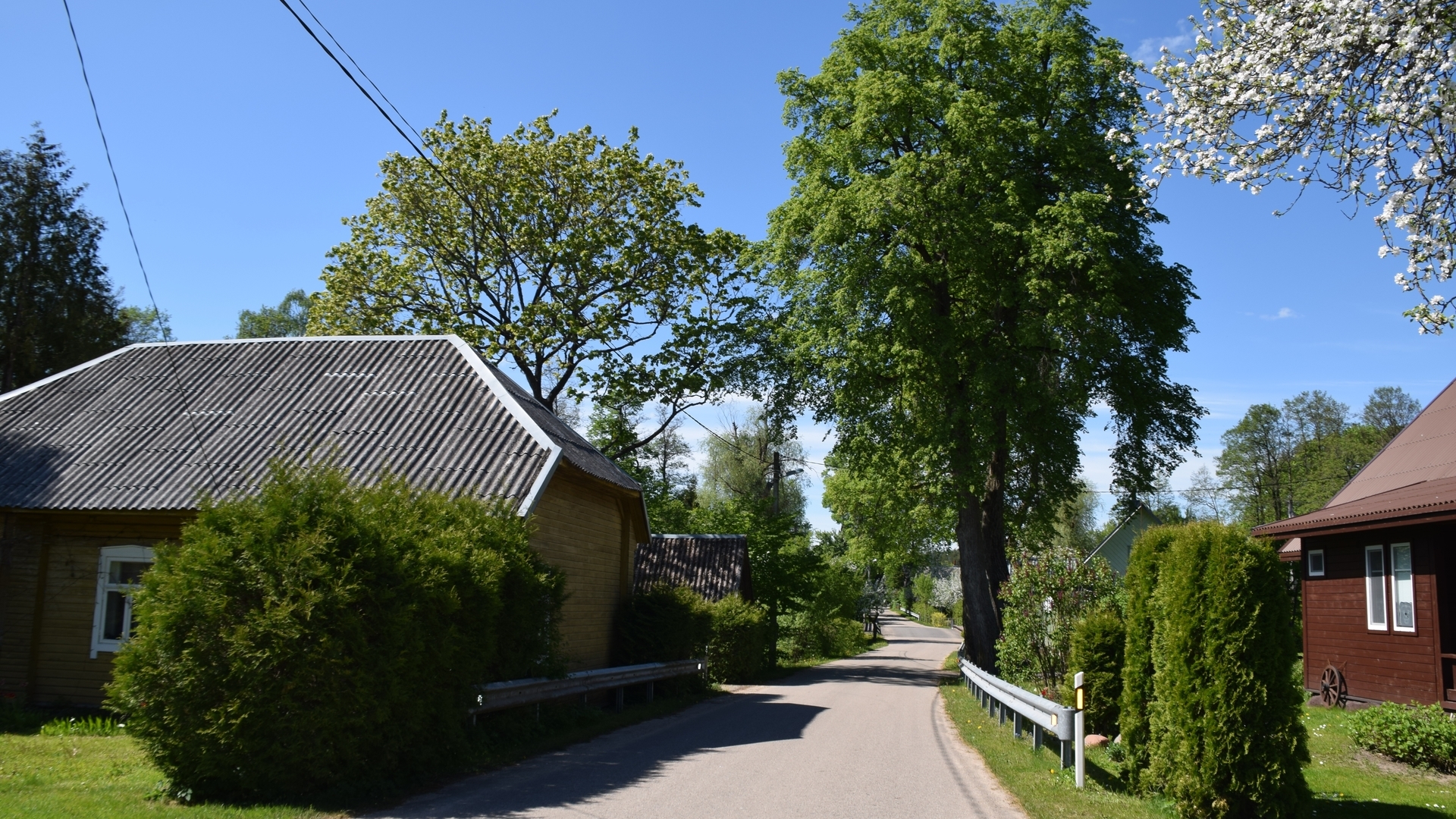 The major part of the route is forest and meadow paths.

At Aukštaitija National Park Visitor Centre, turn right and head East towards Ignalina. At the end of the village, you will see the beach and parking-lot on the left side of the road. Cross the parking lot and go towards the forest. Turn left after crossing the bridge and proceed along the lakeshore towards Meironys. After 800 m starts the sculpture park. It ends just before the village Meironys. At the paved road, turn right. Go along the paved road for 1 km. Having reached the neck between the lakes of Dringykštis and Taramas you will see a gravel road on your left leading to Gaveikėnai. Go along this gravel road for about 1.2 km. After coming out to the outskirts of the forest, you will see old farms on the right side of the road. After 100 m you will reach a crossroad. Keep to the left side of the road and go along the paved road through the village. This road leads to Gaveikėnai watermill. After passing the mill dam, go along the narrow paved road until you reach the main road. Turn right and after 100 m turn to the small byway on the left. Shortly, it turns into a path and dives to the woods. Go along this path for approximately 1.5 km until you reach the village of Strigailiškis. Having reached the gravel road, turn right and go South along the Kalvos Street for about 500 m until you reach the main Strigailiškis Street. After 250 m, it makes a sharp left turn, however, the route goes straight along the Centras Street. At this crossroad, on your right there is a Fisheries Museum. After 250 metres down the Centras Street you will reach the main road. Turn left and after 100 m, turn right at the crossroad. Next to the road is a pedestrian and bicycle trail which leads up to Palūšė. 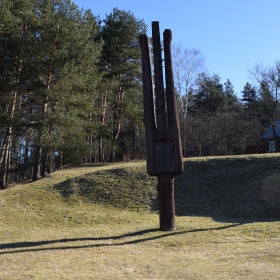 Route start. Monument to the composer Mikas Petrauskas
Monument to the composer Mikas Petrauskas
The author of the first Lithuanian opera "Birutė", composer Mikas Petrauskas, was born in Palūšė. Maybe it was his father that influenced his musical ability - he played the organ at the local Palūšė church. Or maybe it was his mother’s influence - she taught him to look for inspiration in nature. Whatever the case, Mikas fell in love with music in early childhood. He wrote: "Music heals, music consoles and gives strength to your soul; it rests your brain, cleans your thoughts".The monument by the sculptor J.Kėdainis in this beloved Lithuanian composer’s honour was built in Palūšė...
Duration: 1 h.
View 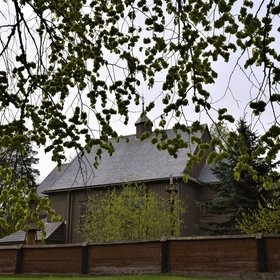 Palūšė St. Joseph's parish church
Palūšė St. Joseph's parish church
This church was built in 1750. Priest Juozapas Baziliauskas built it on his own land, which he inherited from his parents and named “St. Joseph’s Church”. The only tool used during the construction process was an axe. The octagonal bell tower was built later, around 1800. It is reminiscent of olden Lithuanian wooden castle‘s lookout posts. The wooden church and the bell tower are protected as an architectural monument.
Duration: 1 h.
View 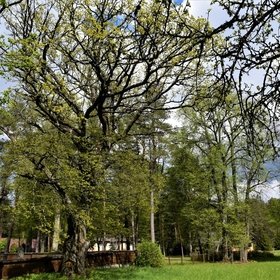 The Palūšė oak
The Palūšė oak
Pedunculate Oak (Quercus robur). Trunk girth - 4.5 m. Height - 30 m. Age - approximately 400 years. People say that a priest wanted to cut down the tree, but during a thunderstorm it diverted lighting from the church. The priest showed mercy on the tree, so the oak continued to protect the church.
Duration: < 1 min.
View 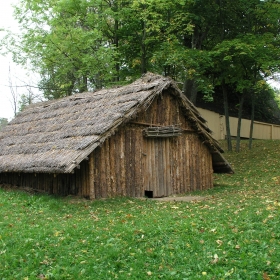 Barrows exposition and Stone Age Hut
Barrows exposition and Stone Age Hut
The land of the Aukštaitija National Park is rich in archaeological excavations. There are more than 6500 burial mounds discovered in the area. The exposed burial mound in Palūšė shows a Bronze Age (5th-6th century) burial site. The Stone Age Hut stands next to it. The reconstruction of the hut was done according to actual findings near Kretuonas Lake.  Price for tour for a group up to 20 people - 10 €, if a group is more than 20 people - 1 € per person.
Duration: 1 h.
View
Duration: 15 min. Distance: 1 km 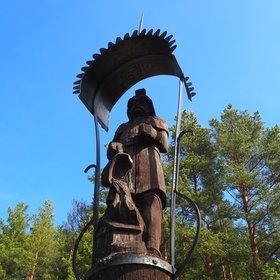 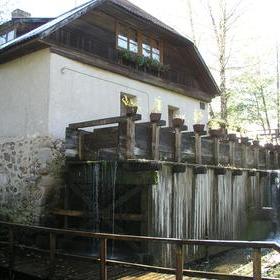 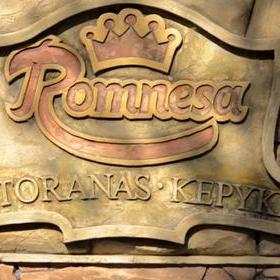 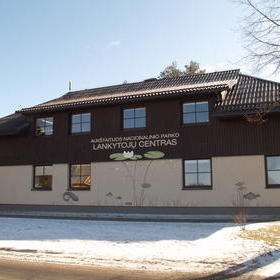 Exposition of the Visitor Centre in Palūšė
Exposition of the Visitor Centre in Palūšė
The main topic of the display is "People of the Lakes". It presents ancient, as well as modern ways of fishing, rafting and swimming cattle to pastures. The display is oriented towards visitors of various ages and interests. It will help you to plan your own route around the park. While parents are busy with planning, kids can practice catching fish or "making" signal fire. Visitors Center Working Time: October-April from Monday to Friday from 9 am to 5 pm. May and September - from Monday to Saturday from 9 am to 5 pm.  June-August - from Monday to Saturday from...
Duration: < 1 min.
View